The Sixth Democratic Debate: "Yes, and..."

There’s a cardinal rule of improv comedy: no matter what crazy, inane, or seemingly dead wrong thing your improv partner says, you can never reject their comment out of hand. Instead of “no, but,” you must always figure out how to say, “yes, and…”

That is: you do not compete with or put down your improv partner, you build on their idea. That is the foundation of how improv comedians appear to write astonishingly brilliant skits literally on the fly. 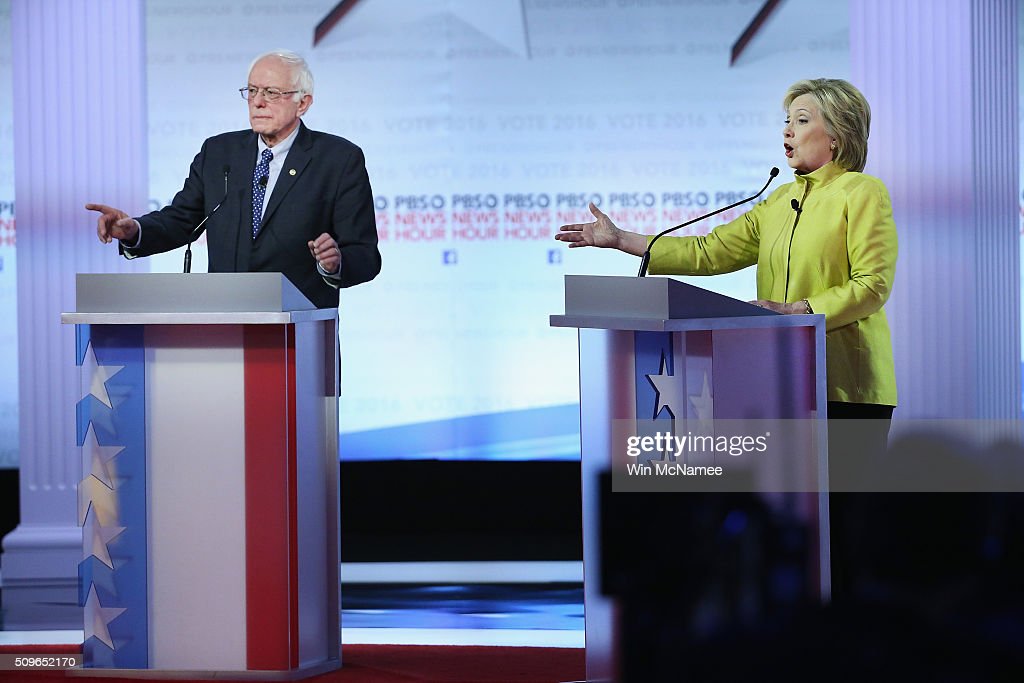 Maybe somebody took Hillary Clinton to an improv club after her disastrous night in New Hampshire, because somehow, she emerged from the Granite State with a nifty new approach to taking on Bernie Sanders. She is going to co-opt him.

From the outset in the Wisconsin debate, Hillary found a variety of ways to, well, trump Sanders; not in the sense of the Republican blowhard-in-chief, but in the traditional sense of the word… which is to lay a definitively winning card on top of all the ones that have been played.  Some tasty examples:
Indeed, Hillary may have even finally arrived at a workable statement defining her candidacy.  In her opening remarks, she spoke of a desire to “topple the barriers;” to take on the economic inequity, racism, sexism, and bigotry of all forms that limit the opportunities of Americans.  It was a classic example of “yes, and…”

A further component to her new messaging was to position Bernie as “all talk and no plan” or “impractical plan.”  Conveying that merely identifying the problem was the easy part, Clinton contended that Sanders does not do the hard part: advance practical, real-world, economically viable solutions. Essentially, she said “yes” to the ideas… “and” that it took someone with practical, real-world solutions to make them happen.

At a still more interesting level, this strategy allows her deftly navigate her need to position her candidacy without overtly denigrating Sanders and thereby alienating the legions of Bernie-babies she will need down the road. Yes, I need to keep my faithful followers… and I need to attract his. When all was said and done, the supporters of Senator Sanders will claim that he did well, and he is simply too smart, seasoned, and disciplined to ever have a bad night. No matter how many debates these candidates are put through, the Dems will see no Rubotic meltdowns from their candidates.

For better and for worse, in sickness and in health, Hillary had been befuddled in New Hampshire, and yet once again it was New Hampshire that helped “find her voice.” We put this debate squarely in the “Hillary” column.

Ironically, it was just in our last column on the Democratic race that we praised Bernie Sanders for his relentless discipline, his ability to stay on message, and his bottomless wellspring of passion and intensity. All that is true if your opponent has not figured out an effective way to blunt your message: you can – and should -- just keep blasting away. But if your opponent starts landing punches, consistency in and of itself is no virtue. Just stroll down to the I.C.U. and ask Marco Rubio.

But on Thursday night, Hillary shifted the sand under Sanders, and he lost his footing. He opened with his standard riff (rigged economy plus corrupt campaign finance system equals flow of all wealth to top one percent), but this time he took the extra step of asserting that this translates to inequities in our criminal justice system and limits opportunity in the African American community. This may have been a bit too obvious; it was an acknowledgement that Sanders’ message and resume  – which clearly inspires young white idealists – may have little street cred in the African American and Hispanic communities.  That Sanders would wedge this new nuance into his core anthem was a concession that as the primaries move beyond lily-white Iowa and New Hampshire, Sanders must challenge Clinton’s stature in the African American and Hispanic communities that will be a huge force in Nevada and the SEC primaries.

Clinton’s new “Yes, and…” strategy, however, was the perfect rejoinder to Sanders.  She quickly accepted that Wall Street and Citizen’s United had to be fixed, but then she rapidly pivoted to her (and, totally implicitly, Bubba’s) strong historical record of standing with the African Americans and Hispanics.

Hillary continued throughout the evening with effective counter-punching. When Bernie laid out his plan to re-invent healthcare as universal Medicare, Hillary slammed down hard that his math did not add up. “We should not make promises we cannot keep,” she scolded.

When the two female PBS moderators raised the widely panned Madeline Albrecht/Gloria Steinem dictem (“Gen X must vote for chromosome X”), Hillary first paused to note that in the history of 200 televised presidential debates, this was the first time that a majority of the people on stage were women. Then she gracefully put some distance between her and the feminist icons: “I am not asking people to support me because I am a woman. I am asking for support because I am the most experienced candidate.”

As is so often the case, one of the most interesting developments of the evening was what was not said. In the last debate, Bernie Sanders repeated three times the point that Hillary Clinton had taken $600,000 in speaking fees from Goldman Sachs. Hillary had come back hard at him, accusing him of an “artful slime,” and challenging him to find one example of an instance in which her vote had been influenced by a campaign donation. In not bringing up the Goldman speaking fees this time, it was clear that Bernie knew that he risked the same slam down again. So he backed off.

Instead – and in what appeared at first blush to be one of Bernie’s better moments -- he tried yet another path to soil Clinton with campaign donations. “Let’s not insult the intelligence of the American people,” he thundered, rhetorically demanding to know what possible reason other than influence led financial companies, drug companies, and oil companies to make their huuuuuuge donations to candidates.

But Hillary had gamed out this scenario as well. “The candidate who has taken the most money from Wall Street is Barack Obama, and that didn’t stop him from getting Dodd-Frank done,” she replied. One cannot help but think that there is an even bigger rejoinder sitting out there: one can imagine her saying, “Senator Sanders, has it ever occurred to you that there are many people on Wall Street who have simply finally figured out that the economy performs better in Democratic administrations than Republican ones? You bet they want to support my candidacy.” Yes, that, too is a good “yes, and…”

Most of the second hour of the debate was spent on foreign policy, and – as expected – Hillary racked up the debating points. Bernie once again attempted to discredit Hillary by citing her vote to support the war in Iraq, and here, too, she had a sound response ready to go. “One vote in 2002 does not equal a plan to fight ISIS in 2016.” When Sanders reached for his tried-and-true “judgment is as important as experience” foreign policy argument, Clinton recounted her role in the inner sanctum of advisors who advocated for the plan to take out Osama Bin Laden. Dear Bernie, she seemed to be saying, that would be “yes” on my experience, “and” my judgment.

Most of the debate had edge but generally muted in tone; indeed, the phrase “with all due respect” is heard in Democratic debates as often as the phrase “she lied about Benghazi” pops up in Republican debates.

But drama did surface, however, in the debate’s final minutes. Gwen Ifill of PBS had tossed a softball, asking the candidates to name world leaders they admired, and Bernie Sanders spoke glowingly of FDR and Churchill. Clinton, however, wrenched the question hard and magically transformed it into an accusation that Bernie Sanders was repeatedly dissing Barack Obama. Ascending to her high horse, she expressed righteous indignation that such insubordination would come from a democratic candidate for the presidency.

Sanders, who was often featured on the split screen cringing with disbelief and signaling to the moderators his urgent need to respond, was apoplectic. “Secretary, that was a low blow…”

But in hindsight, it’s interesting to see how Hillary had gradually been building toward this final assault. She had finally put her finger on the essential paradox of the Sanders campaign: to run as an “outsider” from the same political party as the sitting president is inherently an attack on a sitting President.  Teddy Kennedy was excoriated for doing as much against a very unpopular (and rare defeated incumbent) Jimmy Carter.

Hillary realized tonight that if she could frame Sander’s campaign as an insurgency against the progress made by a generally very popular President Barack Obama, then she had the potential to paint Sanders into a very uncomfortable corner.

But to achieve this, she needed to begin to run as if she indeed were the incumbent.  Last night, in the latest of a long line of achievements by the first family of politics, Hillary Clinton inaugurated herself.

“Yes, I am running for president,” she seems to be saying, “and for the purposes of this campaign, just call me Barack.”