Steve thinks ahead to the night Donald Trump makes his big pitch to the American people, in prime time on the last night of the upcoming GOP convention...


Nota bene: if your monthly meeting of the book club or the PTA is scheduled for the evening of Thursday, July 21, you might want to bite the bullet and send that first painful re-scheduling email tomorrow morning. If you wished somebody had told you to watch Ed Sullivan on February 9, 1964, then I’m your pay-it-forward. I am promising you right now – two full weeks out – that you are going to want to be parked in front of your television by 9:00 pm EST as sure as if the final GoT episode for all of eternity was airing. 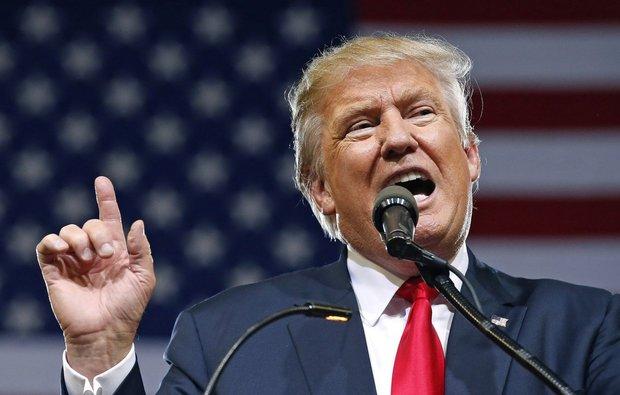 Here is my prediction, though it’s no riskier than putting all your chips down on LeBron. On Thursday, July 21, we are going to see one of the highest prime time television audiences for a single event in American history. No, it won’t be not the 93% of American television households that tuned in to see man’s first steps on the moon, but it very possibly could be in the vicinity of the 115,000,000 who tuned in on February 1, 2015 for the highest rating Super Bowl ever.

On July 21, Donald Trump will formally introduce himself to America as the Republican candidate for President of the United States.


The bottom line: over the next two weeks, the buzz about Donald Trump’s acceptance speech is going to mushroom into “Who Shot J.R.?” meets the “M*A*S*H” finale. You will be watching it… quite possibly at a Sports bar that is hawking orange wigs for the occasion.

Say what, BTRTN? Didn’t you just run a column entitled “What if They Gave a Convention and Nobody Came?  Which is it?”

Those of you who read my brother’s excellent analysis learned that an astounding number of senior Republican officials are announcing sudden scheduling conflicts, urgent appointments at the dermatologist, and spontaneous longing to be home with constituents that week. My brother is right: there will be just about as many Republican Party “A” list-ers in Cleveland as there will be Russian track and field competitors in Rio.  His piece details the fear that Chernobyl-grade isotopes would spew onto vulnerable down-ballot Republicans if they came within range of Trump’s half-life. BTRTN stands by its story, because there is a difference between a convention where nobody comes and a convention that nobody watches.

Indeed, it’s precisely because this mistake on the lake will be vacated by Republicans in purple states that the only ratings it will create are on the date that Trump orates.

Nobody is going to tune in to listen to Melania pant and purr about the Donald’s firm and satisfying foreign policy expertise; nobody is going to set their DVR to find what happens when you cross a Miss Universe pageant with a casting call for extras on Duck Dynasty.  For the most part, this clunker will make FOX yearn for Clint Eastwood and an empty chair… until Thursday night at 9:00.

Then, the question everyone is asking will finally be answered: Who is Donald Trump, the Republican candidate for President of the United States?

What will Donald Trump do with one of the greatest television audiences of all time?

There are basically only two choices… and there’s not much middle ground. The problem is that both options represent absolutely vintage Donald Trump, and yet they are diametrically opposite.

Trump has been infatuated with live stadium performances; they are a mainline injection of pure pagan idolatry directly into his most vain of veins. Trump would be exceptionally comfortable in such a format, as he has essentially performed the same travelling show with little to no variation since Iowa. The most casual follower of this campaign can easily rattle off all the Trump talking points:

Then there are always the two show stoppers; the Trump equivalent of Billy Joel closing with “Piano Man” or Bruce laying down “Born to Run.” Trump actually relishes it when a protestor appears – indeed, he looks intently to find one -- as it gives him the opportunity to be the bully-in-chief, angrily egging the crowd as he barks to security  to “get him out of here!”  Finally, Trump goes for the sure-fire slam dunk: “we’re going to build the wall, and it’s going to be a bee-yoo-ti-ful wall – and who’s going to pay for it?” In unison, the audience screams out “Mexico!!” with the gusto usually reserved for singing “Don’t Stop Believing” at a 25th high school reunion.

It’s more than even money that Trump quashes the urging of his fawning kitschy cabinet of children, in-laws, and Czech mates, and decides to stick with his tried and true stadium format.  Perhaps most importantly, he would not need to use the loathsome teleprompter to wing his routine schtick; he could breezily walk onstage and let Trump be Trump. Were he to opt for a teleprompter, he takes a great risk: he has lambasted Hillary and Barack for their “weak” reliance on them. He can hardly turn chicken and use one on this, the most important speech of his campaign.

You lefties hope that Donald goes for Door #1.  While it will appear effective in motivating his base, it will do nothing to change the core narrative of this election… which as of now has The Donald hiring Chris Christie as head bouncer at the Trump Taj Mahal by mid-November.

But what is Door #2, and why should we be nervous about it?

Trump’s other option – diametrically opposed to a standard stadium show – is a deadly serious, thoroughly rehearsed, professionally vetted, tightly disciplined, and somewhat substantive articulation of his vision. Believe it or not, it wouldn’t take that much. The mere addition of real statistics and factual data that sought to validate his positions would be transformative.  The simple avoidance of Trump’s pathetically insecure paeans to his purported popularity (“The Mexicans love me! The Jews love me! Women love me!”)  would dramatically enhance his gravitas.  A sharp, cogent explanation of precisely why he accuses China of currency manipulation and why it matters would turn heads. Producing an actual blueprint for that wall with details of cost and timing would make him appear downright serious.

What possible reason, you ask, might I think that Donald Trump is capable of such a transformative play? At the end of the day, he is a rank amateur as a statesman, a politician, a party leader, a master of policy, a campaign organization manager, and even as a practitioner of the dark art of twitter. However, there is one thing outside of real estate that he has come to know very well: prime time television.

If Donald Trump took the stage in Cleveland envisioning his full audience of 100,000,000 people, and if he did so with the intent of opening a dialog with those who do not love him rather than lapping up the vapid pagan worship of those who do, he might get that bump my brother told you he’d need… without the slightest help from anybody named Bush, Romney, Ryan, Kasich, Ayotte, Kirk, McCain, Flake, of Will.

This much I know: the next morning, Donald Trump will declare victory, as is his daily habit. He found a way to write a self-congratulatory tweet after the largest mass murder in American history; he eagerly embraced the Brexit result as presaging the outcome of the U.S. elections. He will claim that the huge television audience is one more indication of an overwhelming Trump movement.

Unfortunately for Trump, this impression will last a mere four days before the fully unified Democrats feast on Trump video clips as a parade of supernovas rush to endorse Hillary Clinton.

Can’t devote every night for two weeks to follow the conventions? Tune in right here, to BTRTN. We’ll be providing a daily summary of the convention news so that you can enjoy your summer evenings.

Just like people remember exactly where they were when Kennedy was shot, when the Beatles were on Ed Sullivan, or when the Challenger exploded, you will always remember where you were the night America finally flew completely off the rails and into the hands of a brazen demagogue.

… Or, perhaps, July 21 will be the awakening, when American finally came to see Donald Trump’s true intentions, and we will all remember where we were on the night that American began to return to its senses.

Either way, it’s time to start doing your duty as a citizen and take a stand.