Tom with the “SaturData Review” which updates key political indicators and highlights other pertinent info from the week.

This was another brutal week for the Trump Administration, but it ended on two significant up notes that may help Trump in the next round of polling: the mindboggling news of a potential Trump/Kim Jong Un summit, and the February economic report that showed a 313,000 increase in jobs for the month, the most since July, 2016 (which attracted little attention at the time, when a fellow named Barack Obama was in the White House.)

Coming off the epic events of the prior week – the damaging testimony of Hope Hicks and her subsequent resignation; the general demise (if not departure) of Jared (“I’m Not Dead Yet”) Kushner; the public whipping of “DISGRACEFUL” Jeff Sessions; Trump’s widely-mocked both-ends-of-the-spectrum positions on gun control; the news that Robert Mueller was prowling around in Trump’s personal finances – it was not a surprise to learn that Trump was not in a good mood.  Nor did it take much “stratergizing” (a much-beloved George W. Bush-ism that fully captures the depth of the thought process) to predict that Trump would attempt to create new news to change the hideous narrative enveloping the White House. 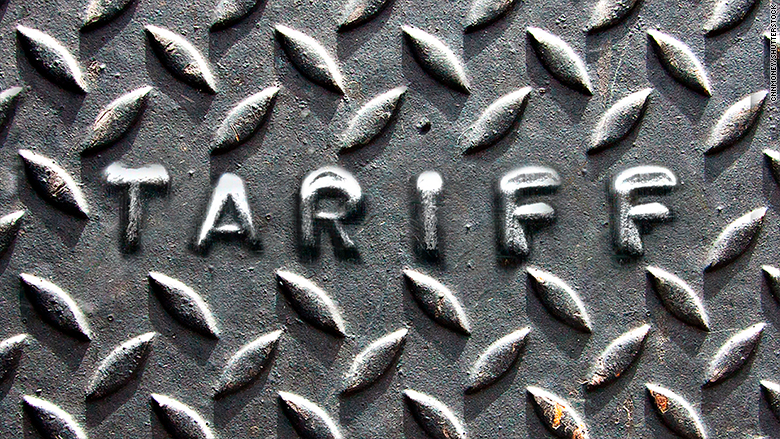 So he decided to start a trade war.  Just like that!  With all the forethought of a Bannon-esque travel ban, Trump decided to slap a 25% tariff on all steel imports and 10% on aluminum. You might have thought a five-alarm fire had broken out at the Chamber of Commerce with the reaction, as businessmen and staunch Republicans belched smoke about the negative impact such nativist moves would have on the U.S. economy.  Why even meek Paul Ryan himself took the unusual step of opposing Trump on the tariffs, which was previously thought to be congenitally impossible.  In fact, politicians in Washington finally agreed on something, universal condemnation of the proposed tariffs.  About the only happy people were, predictably, the CEO’s of steel and aluminum companies…and perhaps a certain constituency in the steel-center Western Pennsylvania, where the 18th District just happens to be holding a hotly-contested special election on March 13 to replace disgraced Republican representative Tim Murphy (more on this race from BTRTN on Monday).

Trump lost Chief Economic Adviser Gary Cohn in the process, one of the few relatively stable domestic advisers in Trumpworld.   Cohn had strenuously opposed the tariffs, and all but stood in front of a tank in Tiananmen Square to prevent them, but he lost that battle in the blink of an eye, to a fit of pique.  Trump predicted that Cohn would “make another couple of hundred million and then he’s going to maybe come back {to work for Trump in the White House},” torturing English and logic in one fell swoop. Preconditions are already being put in place, steps North Korea has to take before the talks are finalized, thus raising the very real prospect they might never come off.  And nobody knows how the un-briefable Trump would conduct himself in such a summit.  As he himself said in one of his better lines at the Gridiron Club, “As far as the risk of dealing with a madman is concerned, that’s his problem, not mine.”

The major political indicators reflected these several difficult weeks for Trump and the GOP.  Trump’s approval rating dropped by -2 points from 43% to 41%.  The Dems jumped +3 points on the generic ballot and are back up to a formidable +7, and the Trumpometer went up +1 on the strength of a climbing Dow.  The Trumpometer figure means that our five economic indicators – the Dow, the unemployment rate, the price of gas, Consumer Confidence and the GDP -- are, on average, up 13% since Trump’s Inaugural in January, 2017. (The full chart and methodology explanations are at the bottom of this article.)

POLITICAL STAT OF THE WEEK

Here is the complete SaturData chart with accompanying methodology explanations:

BTRTN calculates our weekly approval ratings using an average of the four pollsters who conduct daily or weekly approval rating polls: Gallup Rasmussen, Reuters/Ipsos and You Gov/Economist. This provides consistent and accurate trending information and does not muddy the waters by including infrequent pollsters.  The outcome tends to mirror the RCP average but, we believe, our method gives more precise trending.

The Trumpometer aggregates a set of economic indicators and compares the resulting index to that same set of aggregated indicators at the time of the Trump Inaugural on January 20, 2017. The basic idea is to demonstrate whether the country is better off economically now versus when Trump took office.
The indicators are the unemployment rate, the Dow-Jones Industrial Average, the Consumer Confidence Index, the price of gasoline, and the GDP.