Tom with a BTRTN update of the 2020 gubernatorial races...remember, not a prediction, just a snapshot of where the races stand right now, and how they might turn out if Election Day were today.

It has been quite a year for governors.  After a bevy of them failed quite badly in the presidential stakes, with the onset of COVID-19, governors suddenly became household names as they managed through the crisis, either battling with or kowtowing to Donald Trump.  But precious few of them will be able to capitalize on their new-found higher profiles with reelection efforts in 2020.

Current Governors Jay Inslee of Washington and Steve Bullock of Montana, and formers governors John Hickenlooper of Colorado, Mark Sanford of South Carolina, and Deval Patrick and William Weld, both of Massachusetts, all vied for the presidency in this last cycle, and not one recorded a single delegate.  In fact, most were gone before the Iowa caucuses, and none made any imprint whatsoever on the race. 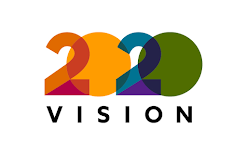 This is unusual. Governors have long played well on the presidential stage, including the two Roosevelts, Reagan, Clinton and Bush 43 -- in fact 18 governors have become president.  Every presidential race from 1976 through 2004 featured at least one current or former governor on the ballot, and in 1980 there were two (Reagan and Carter).

Governors bring two solid chips to the presidential stakes:  substantial executive experience and “not from Washington” credentials.  But rarely have they fared worse than in the 2019/20 cycle, and not because of lack of competence.  Most who ran had fine track records as chief executives of their states.  But perhaps Americans had forgotten how consequential governors could be and what power they wielded.  And if so, 2020 has provided quite a civics lesson.

With COVID-19, both by virtue of state governing prerogatives and Trump’s decision to punt on pandemic leadership, suddenly governors were front-page newsmakers.  Andrew Cuomo of New York, already perhaps the best-known governor given his pedigree, became a surrogate President for most Democrats (and a material number of disaffected Republicans) with his daily briefings filled with winning mixtures of facts and empathy, heart and brain, and a non-partisan appeal to higher purpose and common cause.  These stood in stark contrast to the divisive ravings that Trump was feeding to the nation in his own briefings later in the day.

Other governors, from both parties, made national news as well – Democrat Gretchen Whitmer in Michigan stood out as the virus spiked there.  Larry Hogan  of Maryland and Mike DeWine of Ohio emerged as no-nonsense GOP governors who believed in science and followed the Cuomo model, ignoring Trump.  Republicans Ron DeSantis of Florida and Brian Kemp of Georgia at times got ahead of even Trump in their zeal to please him and his followers, reopening Florida and Georgia without a shred of a plan for how to contain the virus, for which they were both badly burned when it surged anew.  And Democrat Gavin Newsome of California fell in between those two extremes, closing down the state effectively based on science but reopening too soon as well.  People certainly learned that a governor’s responsibilities and powers are vast within his state, and influential outside it.

This, of course, has always been true, as a typical governor always works with state legislators to develop budgets and pass legislation that reflect state priorities and address critical needs.  Every state can tell its own story on that front.  But this year, in 2020, quite apart from COVID, a governor’s power is even more consequential, because governors will have a huge hand in the reapportionment of congressional districts based on the 2020 census.

With all that in mind, one might think that 2020 would be rife with opportunities for voters to hold governors accountable for their COVID management, and play a role in future representation decisions.  But, sadly, that will not be the case.  As it happens, only 11 governors are up for reelection in 2020, seven Republicans (one of whom is retiring) and four Democrats (one of whom is termed out).  Most of those elections will not be terribly competitive.

Currently Democrats control 24 state houses, while the Republicans hold 26.  This was the result of an epic showing in 2018, when the Blue Wave extended to the gubernatorial races.  There were a whopping 36 races for governor that year, and Democrats picked up an impressive seven seats.  But the Dems will be hard-pressed to build on that momentum in 2020.  Indeed, they may even lose a seat.

Here are each of the 11 races and how we see them shaping up at this point.  As you can see, we see nine of these races “solidly” in the camp of the incumbents, Delaware, North Carolina and Washington for the Democrats, and Indiana, New Hampshire, North Dakota, Utah, Vermont and West Virginia for the GOP.

There are only two races that are truly in play:

·        Montana.  Democratic Governor (and former presidential aspirant) Steve Bullock has termed out and must step down.  The Democratic nominee is Mike Cooney, the Lieutenant Governor, and he is opposed by Montana’s sole member of the House of Representatives, Greg Gianforte.  Gianforte achieved a degree of notoriety a few years ago when he body-slammed a reporter, Ben Jacobs, on the campaign trail, an act that drew national headlines and Trump’s praise.  It did not prevent his election to the House in 2018.  There have been only two polls in the last month and Gianforte has led both, one by +6 and the more recent one by +13.  Thus we have this race rated as R Likely, and thus a flip of a state house from the Democrats to the Republicans.

·        Missouri.  GOP Governor Mike Parson is being challenged by Democrat Nicole Galloway, the Missouri State Auditor.  Parson, while the incumbent, is running for the first time in his own right; he became Governor in 2018 when Eric Greitens was forced to step down after a sex scandal.  There have been four October polls, all with Parson ahead, on average by +5 points.  We have this one as an R Lean.

These 11 races thus array as follows, with the Democrats losing one seat, and thus ending up with 23 Governors to the GOP’s 27.  (This, of course, is just a snapshot at this point, not a forecast.)

And so it appears that Election Night on the gubernatorial side will end up being a yawner that actually favors the GOP, in sharp contrast to the rest of the races, which will be a tense night (and however long it takes after that to count the vote) that will likely see the Democrats emerge with a trifecta of the presidency and control of both the Senate and the House.  If you would like to read our most recent update on those races, you can find it here: