BTRTN 2020 Election Snapshot: The “Short Answer” on Whether the Democrats Will Flip the Senate

Tom with a quick BTRTN update of the 2020 Senate races.

We’ve been getting a number of questions from friends, family and readers of late and they all boil down to the same thing: what’s the short answer on whether the Democrats will flip the Senate?

Here it is:  they sure can and likely will.  Our BTRTN models have the odds at 74% (as of now, a “snapshot,” not a “prediction”) that the Democrats will gain control of the Senate.  These odds keep rising with each new set of polls.

How will they do it? 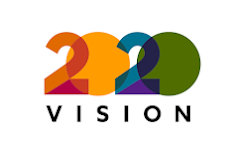 The Democrats have 47 seats in the Senate now, including the two Independents who caucus with them.  Assuming a Joe Biden win (now an 83% shot according to BTRTN models), they need a net gain of three seats to secure control of the Senate with 50 seats, with Vice President Kamala Harris as the tie-breaker.

The Democrats start with the 35 seats they occupy that are not up for reelection.  Then, of the 12 Democratic seats that are on the ballot, 10 of them look to be sure winners.  Of the other two, one – Michigan – is leaning blue (the incumbent Gary Peters is up by +6 points), and the other, Alabama, is likely a loser (incumbent Dem Doug Jones is down in the double-digit range).  A Michigan win gets the Democrats to 46 seats.

The challenge for the Dems is thus to flip four GOP seats to get to 50.  The GOP has 30 seats that are not up for election; of the 23 that are, 11 are sure winners for the Republicans.  That leaves 12 GOP seats “in play” for the Democrats to find those four flips.

And as of this snapshot, the path to those four seats is clear:

·        The Democrats have held near double-digit leads for some time in both Arizona (Mark Kelly) and Colorado (John Hickenlooper).  Those two seem nearly solid at this point..

·        Sara Gideon in Maine and Cal Cunningham in North Carolina have both been ahead by 4 to 7 points over GOP incumbents for months.  Both races are narrowing just a bit at this point – Gideon is now up +3 on average over Susan Collins, while Cunningham is at +4.  Cunningham is in the midst of a sexting scandal, but as bad as that sounds, polling since the scandal erupted has revealed only slight declines in his lead.  His opponent, the incumbent Republican Thom Tillis, tested positive for COVID-19 in the same time period as the scandal, which certainly did not help Tillis.

·        And now, Iowa seems to be moving in the Democrats’ direction.  Just a few week ago this was a toss-up race, but recent polling now shows Democrat Theresa Greenfield opening up a lead on incumbent Jodi Ernst, on average by +6 points.  We have changed this one from a GOP Toss Up to a Dem Toss Up and now to Leaning Dem over the past several weeks.

If the Democrats won those five races, they would win control of the Senate with one seat to spare, at 51.  But there are eight other races that are competitive as well.  Four are “toss ups” at this point, albeit with the Republican slightly ahead (within the margin of error):  South Carolina, Montana, Kansas and Georgia’s regular election.  And Alaska and Georgia’s special election remain in play, albeit less likely targets for the Democrats at this point.  (Kentucky and Alabama, while not quite “solid red,” are even more unlikely.)

Here are the chances for each of the outcomes for the number of Senate seats the Democrats will end up with:

And here is a summary of the above in chart form. And remember...don't relax.  This is the time to work even harder to get Democratic candidates elected.