A Call To Action: Fighting the AHCA Real-Time

Tom reports on the health care battle from a local perspective in another edition of Wendy's "A Call to Action" series...

Against the backdrop of the House vote on the American Health Care Act (AHCA), Wendy and I attended an event at our local Planned Parenthood affiliate, headlined by our local elected officials:  state representatives, mayors, county legislatures.  It was originally supposed to feature our area’s three U.S. Representatives, Nita Lowey (D – NY 17), Sean Patrick Maloney (D- NY 18) and Eliot Engel (D- NY 16), but the postponement of the AHCA vote from Thursday night to Friday afternoon meant that they had to stay in Washington instead of joining us in its aftermath. 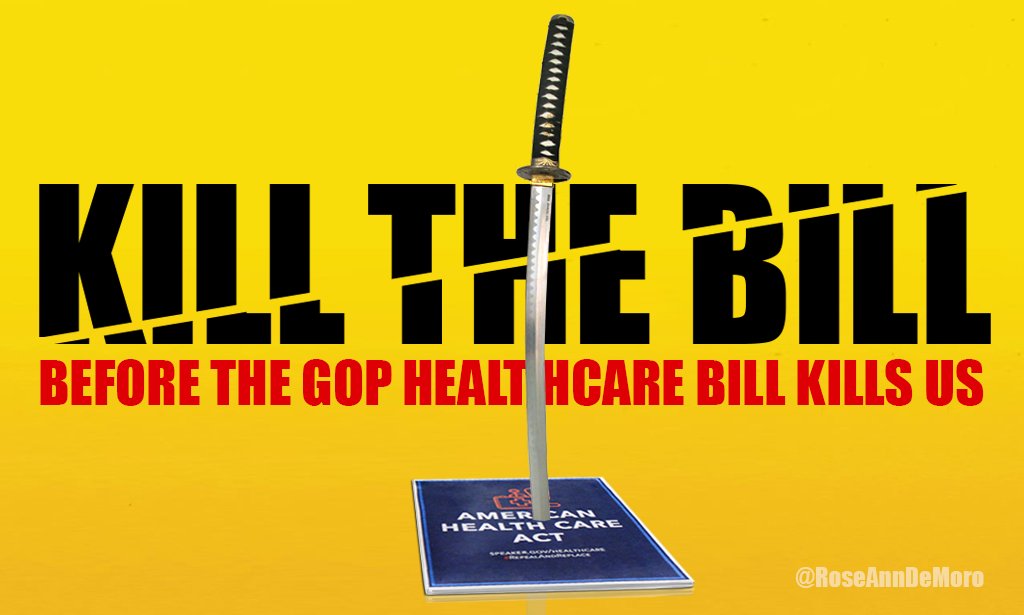 When the rally initially scheduled, I believe that Planned Parenthood likely thought it was going to be a “buck up the troops” session after the AHCA passed the House.  After all, why would Speaker Paul Ryan schedule a vote if he did not have the votes?  (“Rookie mistake,” opined Nancy Pelosi.)  But the bill -- to no one’s surprise except Donald Trump – has proved to be “complicated” indeed, and the GOP, in its first real effort to define health care coverage, and thus health care itself, has failed to agree on a bill.  Three – count ‘em – three warring factions, the so-called Freedom Caucus on the far right, the “moderates” (yes, there are some) and the poor schnooks in the middle who favor the bill as is, cannot all be satisfied, as any move to mollify the far right has a see-saw effect on losing more moderates, and vice-versa.  The vote will occur at 3:30 PM.

And so the rally was held in a suspended state, knowing the bill was in trouble, but before the vote.

And our elected officials used the time wisely, not to focus on the bill itself, but rather on the long-term fight.  Because while the AHCA is a particularly important chapter in the battle for health insurance for all, and in protecting women’s rights, it is a very long book, with many prior chapters and more to come.

Amy Paulin (D – NY State Assembly, District 88) started off plaintively:  “I am sick and tired of coming here!” – meaning that the need for basic women’s health rights should have long ago been settled.  Others, including Nita Lowey and Sean Patrick Maloney (both by phone) and Sandy Galef (D – NY State Assembly, District 88), also touched on the theme of how this battle for the most basic of rights is far from over, and in the area of reproductive rights, ground has been lost.  And thus, while Washington plays out this drama, in all likelihood a huge loss for Donald Trump, Paul Ryan and the GOP, there is more to come.

Vince Russell, the Interim CEO of our local Planned Parenthood affiliate, then spoke.  In a straightforward manner, Vince took the emotion out of the argument and simply defined who Planned Parenthood is, and what exactly it is they do.  Planned Parenthood Hudson Peconic, which serves parts of the Hudson Valley and Long Island here in New York, provided care to more than 34,000 patients in 2015, who made 59,000 visits to one of their 10 health centers and two smartvans.  An extremely tiny percentage of these visits involved an abortion.  Most were family planning sessions, many involved STD testing, other patients received pre-natal care, some received pregnancy detection exams and others cervical cancer procedures.  This is a large organization that has become heavily politicized, and it is easy to forget what exactly it is they do.  It is a health care provider, plain and simple, usually of underserved patients.

The mayors of White Plains, Irvington and New Rochelle were at the event, and not because they had a roomful of voters.  They were there to thank Planned Parenthood, because they know that Planned Parenthood serves their constituents, many of whom have nowhere else to turn for their basic health care needs.  And they were there to advocate, to our elected officials in Washington, DC, on its behalf.  They were there not because in the culture wars that have dominated our political scene, they want to be seen on the “pro-choice” side, but rather to advocate for something that many of us take for granted – the right to basic health care.   As Town Supervisor Paul Feiner of Greenburgh (the event was held at a health center in his town) said, “I hope you {PPHP} are here for decades to come.”

The AHCA defunds Planned Parenthood.  It has not been as well-publicized, because the ACHA has so many things wrong with it – truly the bill that everybody hates – but it is in there just the same.  And keep in mind, no federal dollars, by law (the infamous “Hyde Amendment”) can go to fund abortions.  So all defunding Planned Parenthood would do would be to dramatically undercut Planned Parenthood’s ability to provide all of its other health care services.

Sometimes we ask ourselves, do these events really matter in the grand scheme?  Does getting together with a hundred like-minded souls really make a difference?  And we come away with our answer -- a resounding "yes."  We need to show our passion to our elected officials, because they are watching, and if we stop caring, they will be far less likely to advocate on our behalf.  Perhaps, as Woody Allen once said, 80% of life really is "just showing up."

This call to action is to alert you to the ongoing struggle, the battle to roll back advances in health care, whether caused by attempts to repeal Obamacare or attempts to defund Planned Parenthood, or, in the case of the AHCA, both.  We may well have won this particular battle, but the war goes on.  We need to keep up the fight.